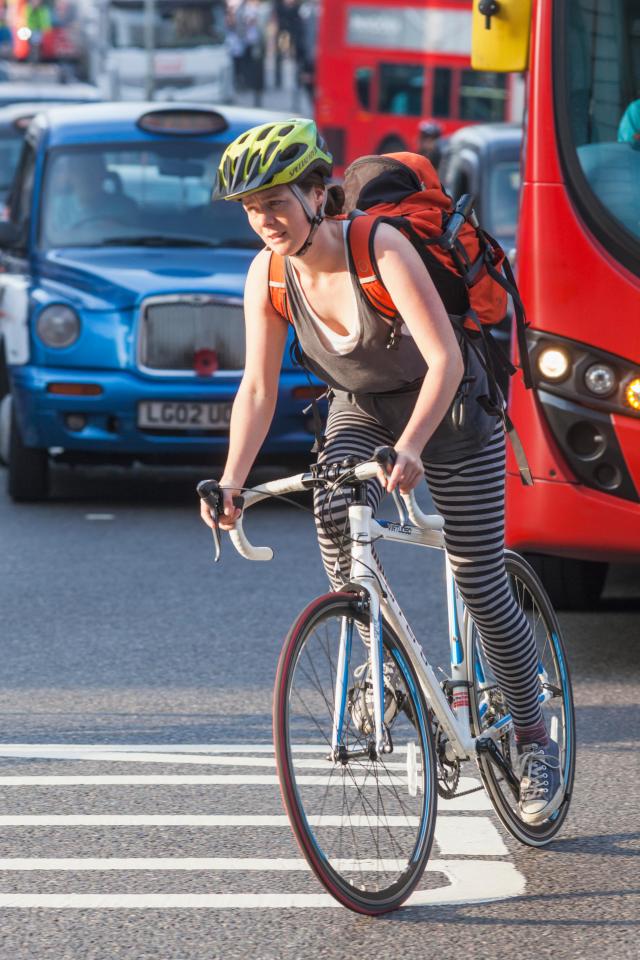 Yesterday, while cycling down a steep downhill stretch with a car constantly hooting behind me, I was moved to write this post.

London has become death city for cyclists.  When I go out on my bike, I make sure that I have something on me that can identify me.

There are a number of things that drivers need to understand about cyclists, to make drivers less lethal, and less detrimental to cyclists’ nervous systems.  I believe these points should be incorporated in the Highway Code for drivers.  (Some of them may already be.)

1.  Cyclists are as entitled as drivers to be on the roads.  The vast majority of us are drivers as well as cyclists, and have at least as much road sense as you (whether we drive or not), and when/if we own vehicles, pay road tax.

2.  We are affected by gradients.  If we are cycling down a steep hill, we need both hands to be braking the whole time, and do not have a third arm to indicate.  We may manage a very rapid arm indication.  So you will know, if we move towards the centre of the road while slowing down, that we need to turn right.  And you will know if we slow down on the LHS of the road, that we need to turn left or stop.  (You would need to watch another vehicle in the same way to see what they are doing.  Just because a vehicle is indicating or not indicating, you cannot be sure of what the driver is going to do.)

3.  If we are cycling up a hill, we cannot cycle fast – especially if it is a steep hill.  Super-fit athletes can cycle faster than the rest of us – but that still won’t be as fast as on flat or downhill terrain.  So there is no point in continually honking at us because you’d like us to go faster uphill.  (Or yelling at us – especially if you are the female, blonde-haired, Eastern European driver of the 263 bus in East Finchley going towards Holloway.)  Some of us are cycling to get from A to B, rather than as training – so we are not aiming to arrive at point B in a massive sweat.  If we have a long way to cycle, we will need to pace ourselves, and not exert all our energy on an uphill stretch.

4.  If we are on a mountain or hybrid bike, we have to work harder, and may not be able to cycle as fast on the road as someone on a road bike, because of our chunky tyres, and the weight and structure of our bikes.  And as with uphill cycling, we may wish to pace ourselves to conserve energy for a long ride, or in order not to arrive at our destination in a state of exhaustion and drenched with sweat.

6.  We take up space, and we are entitled to that space.  If we pass parked cars, we need to allow a car-door’s width’s space to pass so that we are not knocked off our bikes by a suddenly-opening car door.  Similarly, we cannot, and do not have to, cycle in the gutter.

7.  Please do not do an emergency stop in front of us for no good reason.  We cannot stop as suddenly as you can – especially going downhill.

8.  This is a point for pedestrians too, who see cyclists coming, but decide to cross right in front of us anyway, thinking we can stop in a split second.  We can’t, and will instinctively swerve, placing us in danger of passing or oncoming traffic.  So pedestrians, if a cyclist is approaching, wait for her/him to pass before crossing.

9.  The number of times I have been “shaved” by overtaking buses – especially in Oxford!  Here I will quote from:

“As part of Cycling UK’s response to the Department for Transport’s cycling and walking safety review, we will propose a move from the vague notion of not getting “too close”, to a more clearly defined rule which gives objective guidance to drivers – and to courts. For example, the Code could cite a guideline of 1.5m as a safe overtaking distance at speeds up to 30mph, and 2.0m for higher speeds, while also urging drivers to leave wider gaps in bad weather, and advise those in charge of larger vehicles to take extra care.”

10.  I learned while driving my first car, a mini, that drivers of large cars tend to be bullies on the road.  And now cars can be larger than ever – like tanks, or minibuses!  So just because you drive a large car, you are not superior or more important or entitled than the rest of us!!!

This blog will probably be added to in future.