My grandmother, Rachel* Rozsa, was born in Nagy (pronounced “Noj”) Szolos in Hungary (now Vinogradiv in the Ukraine).  An idyllic spa town nestling in the Carpathian Mountains, whose name means “Large grapes” – indicative of its wine production.  (Also famous because the composer Bartok moved there with his mother.) 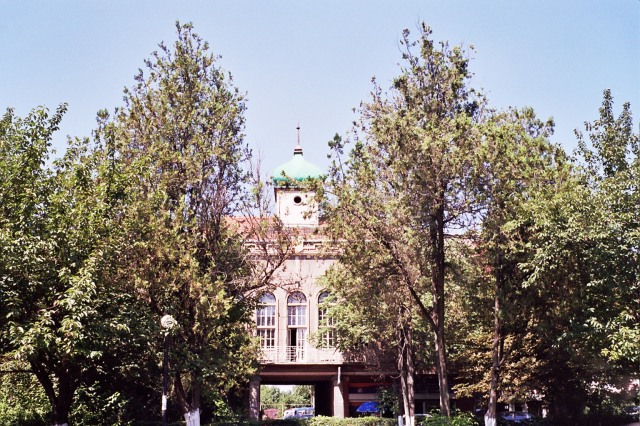 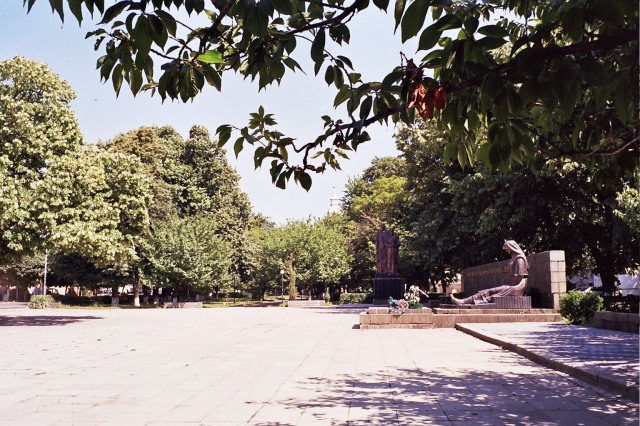 Her father was Rav (Rabbi) Itzhak Braun, who was renowned for being a miracle-worker.  At the end of WWI, mothers would come to him to find out where their sons were.  It was described to me that he would close his eyes and grab hold of the mother’s arm, then after a while, he said:  “He is crossing the border NOW!” banging his cane on the ground at the precise moment at which the returning soldier was crossing the border, and it would turn out to be accurate.  It was also described to me that he would take children who were sick in their spirit into his home and they would heal in his atmosphere.

I was the first family member to visit Nagy Szolos in 70 years.  The previous visit was by Rachel Rozsa, who went to her father’s funeral taking my father when he was just a baby.

When I visited Nagy Szolos, I tried to find Rav Itzhak Braun’s grave in the Jewish cemetery.  The Mukaceve Rabbi’s driver took me there, and we stopped at a house on the way to pick up the key to the cemetery from the lady who lived there, returning it on our way back.  I spent 2 or 3 hours in the cemetery searching, but couldn’t find the tombstone.  Half of the cemetery was overgrown with weeds, so it was hard to access those stones.  Even where the weeds had been cut or trampled down, I was getting grazed and scraped by weeds, and burnt in the hot sun, trying to find it.  Many of the stones were eroded by the elements, so it was difficult or impossible to read the script.

Rachel Rozsa’s marriage was arranged by a matchmaker.  So after her marriage, she made the journey – a whole day by ox and cart (now an hour by car) from Nagy Szolos across the border into Mukacevo in Czechoslovakia, to live with a man she had met once or twice.  This is the view along the way: 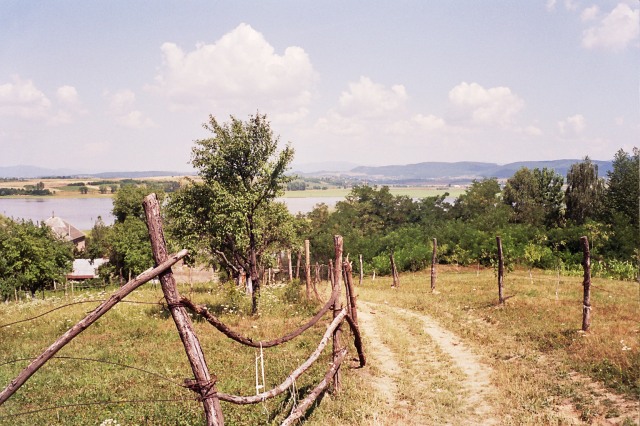 My aunt told me she was not happily married.  Her mother-in-law would come into the kitchen, lift the lids off her pots on the stove, and exclaim:  “What?  Is this what you give my son to eat?!!!”  So one can imagine this did not go down very well with Rachel Rozsa!  Being Hungarian, she made goulash.  She also made dumplings and pancakes.  When food became scarcer – probably after they were closed inside the ghetto – she was able to make a chicken last for 3 meals for 6 people.

My father couldn’t remember the colour of her hair.  Probably she kept her head covered most of the time.  I think it must have been brown – her daughter had brown hair, and her sons  had almost jet-black hair.  She loved reading and was well-read, took pride in her appearance, and one of the very few things I know about her is that she used to sing a song with the chorus:

…. and that she used to dream of going to these places.  If she had known that two of her sons would end up living in London and the other son in the States……said my aunt (who lived in Israel)!  (And of course …. if she had known that she would have 24 great-grandchildren, plus one brand new great-great-grandson…so far….)

When I was in Budapest (the nearest airport to Mukacevo & then a 7-hour train journey) I tried to find this song, and asked in a number of shops and museums.  Eventually someone told me it came from a film called Kek Balvany (“The Blue Idol”), and it was quite a feat to access a DVD copy of this film from the National Film Archive in Budapest, with the indispensable help of a Hungarian friend who also watched the film with me, patiently translating it!  I think my grandmother must have seen this film at the cinema in Mukacevo.  The family was religious, like all the Jews of the region.  But they sent one of their sons to the Zionist school (which the Mukaceve rebbe referred to as “that goyishe (colloquial & derogatory term meaning non-Jewish) school”, which indicates that they were not ultra-ultra religious.  And therefore I imagine she would have gone to the cinema.  Although my grandfather would consult the Mukaceve rabbi if he had any concerns about anything.  The song must also have been broadcast on the radio.

My father felt that his mother knew what was happening to Jews during WWII.

In 1944, Rachel Rozsa was transported to Auschwitz with her family.  They were forced off the train by barking SS with whips, and lunging alsations.  She was forced to separate from her sons and husband.  Someone, or some people, had decided that she should be exterminated, and had plotted, planned and collaborated to achieve this.  Someone made her strip.  Someone made her enter the gas chamber.  Someone had designed the gas chamber to accommodate her and others like and unlike her.  Someone released the gas into the chamber.  Zyklon B.  She would have been in her early 40s.

Before she was taken to the gas chamber, she told her 15-year old daughter, Miriam:  “I have lived.  Just that you should survive.”

A silver leaf in her memory was affixed to the silver tree installed by Tony Curtis outside the Great Synagogue in Budapest, each leaf commemorating a Hungarian Jew who was murdered in the holocaust.

Apparently Rachel Rozsa did go to Budapest once with her father (and sister – I’m not sure how many sisters she had), although it is so far away from Nagy Szolos.