Many years ago, this guy said to me: “My heart is like an artichoke.” He elaborated: each leaf or petal, reaching out to a different woman! This was in Paris, so in fact he said: “Mon coeur est comme un artichaut!” He also said: “Oh Mareline! Tu es la nuit et tu es le jour!” (He had seen me in grief, and he had seen me in exhilaration from dance.) This inspired my song: “Artichoke Heart”.

In 1996/7, I set out to record an album. I started to arrange my songs for jazz musicians, and went into a studio and got as far as recording three songs with three fantastic jazz musicians. First we had a couple of rehearsals, and I had a very precise idea of what I wanted from the musicians. I think it was at the end of the first rehearsal that the pianist said to me: “You have some good musicians here. They can do a lot if you let them!” So I let them!

I chose a studio where the singer Desrée had recorded one of her albums. It was a 24-hour recording session – the studio had a special rate for 24-hours, and I had a lot of stamina! After the first six hours dealing with musicians, I took a break. 6 hours was a long time to be entombed in a windowless studio, so I came up for fresh air. It was night-time on the edges of the City, and there weren’t many places to go to – just a few pubs open. I walked into one of them to relax and have a drink. The only other woman in the pub was an erotic dancer, and she greeted me and asked if I was a dancer – she probably couldn’t think why else I would be in that pub alone at that time! I wasn’t dressed the part, but then neither was she just yet!

I returned to the studio through the deserted night-time City streets to re-record the vocal without having my focus diluted by thinking about what the musicians were doing. However, as the hours went by, and the night wore on, tired myself, and the engineer becoming increasingly unstable (his eyes – glazed and scarey) with tiredness (he obviously had less stamina!), I was not happy with the result, and decided to return to re-record the vocal again, another time, when I was fresher. This I did with a different engineer at the same studio, after spending some time in New York (see earlier blog), and with the benefit of some lessons with the late New York jazz musician, Jackie Paris. Then I went to San Francisco to teach for a while, and never got back to completing the album.

All these years, nothing was done with the tracks – until now. I decided to make the tracks available for sale on CD and as MP3s, individually or as a 3-track album. I dug up a couple of photos of me from that era that seemed to work well with artichoke comets shooting through space, and giant space-borne jars of Waitrose artichoke hearts, for the CD covers.

All proceeds of sales received by me until end May will go to Ride The Night cancer charities. Hopefully I’ll be able to cycle the 100 km since apparently the terrain will be flat! A couple of days ago, I started training by cycling almost 50 km and that was exhausting. But there was a lot of uphill, and I confess, towards the end, I got off my bike and pushed it up much of the uphill stretch in Hampstead.

Anyway, the tracks can be heard here:

Maybe one day I will still complete the full album – (so many unfinished projects!) Though these days I prefer to sing other people’s songs (folk/jazz), and to play my classical (Flamenco) rather than acoustic guitar, and to have other people sing my songs, which now tend to be classical (but not always), and based on someone else’s words.

For those of you who came across this blog while searching for artichoke hearts, I hope this blog doesn’t disappoint, and that you find some great artichoke hearts! I saw in Planet Organic that Biona do jars of organic ones. 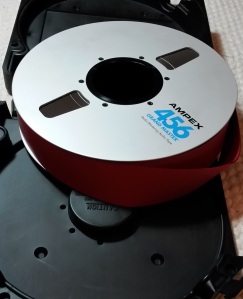